Full disclosure: I have not always handled fear well, but I will be forever grateful for . . .

Back in the days when it was safer for children to roam the streets of small towns, a little boy was riding his tricycle furiously around the block, over and over. Finally, a policeman stopped and asked him why he was going around and around. The boy explained that he was running away from home. When asked why he kept going around the block, the boy responded, “Because my mom said that I’m not allowed to cross the street.”

His unwavering obedience kept him from straying too far from home. Our obedience to God does much the same for us.

Full disclosure: I have not always handled fear well, but I will be forever grateful for the role HCC played in helping me develop my faith and more fearless obedience. I was a shy church kid who was once terrified to walk onto the stage with my Sunday School classmates to simply speak my name into a microphone (No kidding; just my name!). My terror at speaking in front of people continued throughout my youth, and into early adulthood.

Fortunately, when I was a young teen, a wise youth minister (Bob Cherry) informed me one day that I would lead the devotion for a teen prayer breakfast the following week. I reluctantly complied, and grew from the experience. 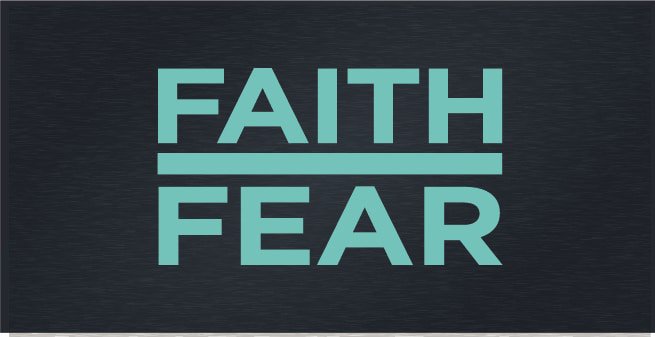 Two years later as preparations were made for our teen youth group to lead an entire evening church service, the minister (Taylor Jefferson) made clear to me that I would preach the sermon.  When the night came, I managed to race through a 14-minute message in about 8 minutes, talking faster than an auctioneer on steroids.

Public speaking has not come naturally for me. Yet as a teen I still felt the prompting of the Lord toward ministry. During my first year in Bible college I was recruited (by professor and HCC Music Minister, Byron Cartwright) to be part of a traveling quartet, which meant singing and speaking in front of lots of different congregations. Month after month I nervously presented my one and only sermon (from I Corinthians 9:24-27, because it talked about running a race, a subject I was comfortable with as a former HHS runner).

At some point during my ministry training years I developed a special connection with Moses as I read about his fearful reluctance to answer God’s call, partly out of an insecurity about his speaking ability (Exodus 3:10). Then as I followed his amazing life journey through the book of Exodus and beyond, it finally sunk in that God might be able to somehow use me in his mission, too.

At age 19 I was challenged to serve the first of two summers with a mission that made frequent trips behind the Iron Curtain into Eastern Europe, which was then still firmly under the oppressive rule of communist regimes. In six different nations I met strong believers who helped shape my life and develop my faith. I witnessed courage in the midst of persecution; contentment in the midst of hardship; joy in the midst of suffering; generosity in the midst of poverty; and faithfulness in the face of opposition. Such fearless obedience inspired and challenged me. In more than 25 border crossings I saw how God could not only remove any imposing barrier, but also that he could calm any fearful heart with a peace beyond human understanding (Phil. 4:6-7).

The greatest lesson in trust came as a result of our personal helplessness during each border crossing as we transported forbidden Christian materials. We prepared and packed carefully, and prayed fervently, but once we drove up to a check point with its gates, guard dogs, and armed border agents, we simply had to trust in God, instead of any clever actions on our part.

As guards rifled through our luggage, examined our vehicle, forced us to wait lengthy periods of time, and questioned us suspiciously, we could only stand by and watch God work, just as Moses called the people of God to do as they seemed trapped between a pursuing army and the Red Sea (Exodus 14:13-14).

Many times in the years since then, God has brought back those memories for me as I have prepared to speak in an intimidating setting, or initiate an uncomfortable conversation, or share a Bible truth with a skeptic, or walk into a home where a tragedy had just occurred, or simply do the right thing when faced with temptation.

Nate Saint, missionary martyr to Ecuador, once said, “Obedience is not a momentary option. It is a die-cast decision made beforehand.” Let’s decide today to fearlessly obey the Lord God, no matter what it may cost us. Tom Claibourne grew up in Hillsboro, often playing in a woods where Ponderosa restaurant now sits.   Since escaping that woods, he has travelled to 5 continents and once visited 4 countries in 75 minutes. He has preached and led seminars in several states and been on many mission trips, but has spent his entire preaching ministry (42 years) serving with the Bethlehem Church of Christ, near Winchester.

He is husband to Linnea, dad to 2 married daughters and 1 son, and “Pops” to 1 grandson. Tom has published more than 300 articles, columns and guest editorials and contributed chapters for two books on ministry.

Occasionally he returns to Ponderosa to overindulge and to reflect on a life of blessings that began in Hillsboro.

Tom was an active member of HCC throughout his youth and is considered by the leadership of HCC as a Timothy (minister/servant who came out of) this congregation.