In the same way, let your light shine before others, that they may see . . .

John 3:16-21 is a passage of scripture that you almost certainly have heard in part. John 3:16 is probably the most well known and often quoted verse in the whole Bible. With good reason, this verse more than any other encapsulates the Gospel in just a few words. Today though, I want us to focus on the verses that follow the most famous verse in the Bible.

16 For God so loved the world, that he gave his only Son, that whoever believes in him should not perish but have eternal life. 17 For God did not send his Son into the world to condemn the world, but in order that the world might be saved through him. 18 Whoever believes in him is not condemned, but whoever does not believe is condemned already, because he has not believed in the name of the only Son of God. 19 And this is the judgment: the light has come into the world, and people loved the darkness rather than the light because their works were evil. 20 For everyone who does wicked things hates the light and does not come to the light, lest his works should be exposed. 21 But whoever does what is true comes to the light, so that it may be clearly seen that his works have been carried out in God.” (John 3:16-21 ESV)

the world. Someone has said that our job as Christians is to be like the moon; to reflect the light of Jesus to others. The problem with light is that it reveals. The closer we get to Jesus the more things we see in our own lives that are sinful and need to be changed. The same can also be true for when we interact with other people, sometimes the light of Christ reflected in our life can reveal part of their lives that they would rather be hidden. You may have had someone feel judged by you simply by observing how you live. Light reveals. Darkness hides. 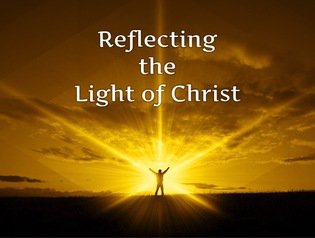 When I was in high school some friends invited me to play paintball in the dark. We choose a night when there was a full moon because once your eyes adjust to the darkness you can actually see pretty well. As we were about to start the first game, the clouds rolled in; next came the fog, some of the worst fog I’ve ever seen. You couldn’t see anything below your knees and could only see about 20 feet in front of you. This was the most terrifying game of paintball I have ever played. You could hear people walking around in the woods, but you couldn’t see them or know exactly who was out there. You didn’t want to shoot because it would give away your position and when you did hear shooting you didn’t know what side of the tree to hide behind. There was, however, one bright spot in the woods, someone had built a campfire near one of the team bases. Everyone seemed to be drawn to this fire but if you stepped too close your form would materialize out of the fog and people would shoot at you from all directions.

The closer we step towards Jesus the more his light will be reflected in our lives. This will inevitably lead to others condemning us. They may attack us because they think we are somehow judging them by making different choices than they do. But here is the important thing to keep in mind, when we feel condemnation coming our way it is never coming from God. Verse 18 says, “Whoever believes in him is not condemned” and Romans 8:1 says, “There is therefore now no condemnation for those who are in Christ Jesus.” Jesus took our condemnation upon himself on the cross and when we stand in the light we are exactly where God wants us to be. That understanding should give us the courage to be obedient to what God has called us to, even if it brings us into conflict with others. 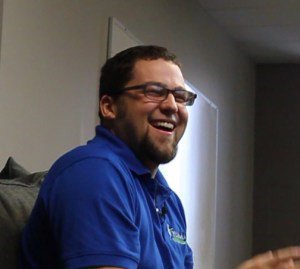 Adam has served with Hillsboro Church of Christ since 2016 as our Associate Minster—Discipleship & Youth and Family Minister. A little fun fact about Adam: he is addicted to Star Wars.