The Battle Belongs to the Lord

I’ve spent the last few months studying about mighty faith warriors in scripture who fought their battles through worship in various moments throughout the Old Testament. Several men have especially stood out including Joshua, Elijah, King David and King Josiah. There is one who has a particularly fascinating narrative about choosing to trust and worship in the face of overwhelming odds. I want us to look at a moment in the life of King Jehoshaphat.

In 2 Chronicles 20, Jehoshaphat, the king of the southern kingdom of Judah, is confronted with the armies of three surrounding nations who are preparing to invade and destroy his kingdom. Jehoshaphat has a fascinating response. Rather than gathering his own massive army and getting help from his allies among surrounding kingdoms, this king gathers together all his people and humbles himself in prayer. He cries out to God on behalf of his people, begging God to remember his friend Abraham and how he had carved out the nation for them to live and grow and serve him. He tells God about the difficulty they are about to endure from these surrounding nations and then he says this: “O our God, will you not execute judgment on them? For we are powerless against this great horde that is coming against us. We do not know what to do, but our eyes are on you” (2 Chron 20:12 ESV). What an amazing response! So often when we face difficulty we try everything in our power to bring our difficulty under our own control and only when all other options have failed us to we turn our eyes to Heaven. Yet here, king Jehoshaphat sets us an amazing example of turning all our hope in our time of desperation to God as a first resort rather than a last. God responds to Jehoshaphat by speaking through one of the Levites present in the gathering, saying, “Thus says the Lord to you, ‘Do not be afraid and do not be dismayed at this great horde, for the battle is not yours but God's. Tomorrow go down against them. Behold, they will come up by the ascent of Ziz. You will find them at the end of the valley, east of the wilderness of Jeruel. You will not need to fight in this battle. Stand firm, hold your position, and see the salvation of the Lord on your behalf, O Judah and Jerusalem.’ Do not be afraid and do not be dismayed. Tomorrow go out against them, and the Lord will be with you” (20:15b-17 ESV). God promises to fight the battle on their behalf. What an incredible promise of salvation! And so the people of Israel respond by throwing all their energies into the worship of God. And the next morning Jehoshaphat continues in kind by selecting ‘those who were willing’ to go ahead before the army of Judah singing praises to God.

When they got to the valley where they were to meet the opposition, they were greeted by an incredible site. “When Judah came to the watchtower of the wilderness, they looked toward the horde, and behold, there were dead bodies lying on the ground; none had escaped” (20:24 ESV). While the people of God were worshiping him, he set out against the three armies, turning them against one another so that they fought and all killed each other. By the time the people of God arrived, there was no battle left to fight. It was finished. God had won!

When we come across difficulty and great struggle in life, we could react in fear. We could do everything within our own power to take care of our situation and try to keep it under our control. We could pack up and leave, running away and staying far ahead of the danger. We could freeze up and be overrun by the evil that sits before us. OR We could lift our eyes and hands to heaven in the battle, fix our eyes on Jesus, and worship him knowing that he has prepared a place for us with him in eternity and nothing we experience (good or bad) in this world will compare to the surpassing greatness of being in the presence of our Lord. Which will you choose? 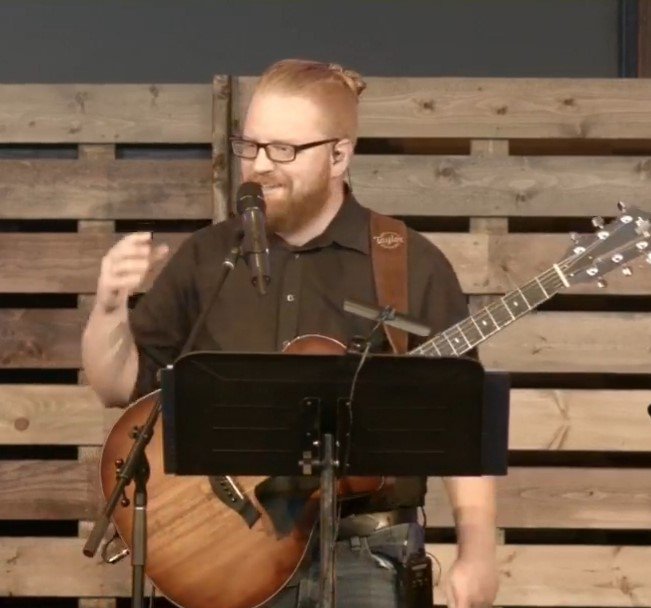 Micah has been with Hillsboro Church of Christ since 2019 serving as our Worship Minister.

A little known fact about Micah (or some of you may already know): he loves to cook!